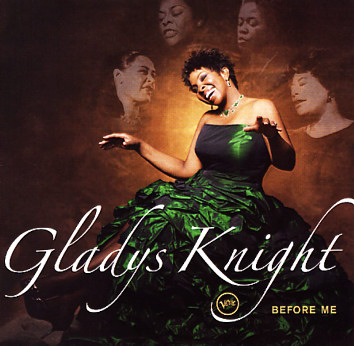 Gladys Knight pays tribute to a range of singers who came before her – Billie Holiday, Ella Fitzgerald, Sarah Vaughan, and others – all the while earning our respect for her new inflections of these classics! The style here is less "torch revival" than you'd expect – and in a surprising turn, Knight doesn't simply revisit the older modes of singing, but works here in a more progressive, more positive approach that's got a really bold sort of sound. Arrangements are by Billy Childs and John Clayton – and instrumentation is a mix of small combo backing and other numbers that feature the fuller Clayton/Hamilton Orchestra. Titles include "This Bitter Earth", "The Man I Love", "Come Sunday", "Stormy Weather", "I'll Be Seeing You", "But Not For Me", "Someone To Watch Over Me", "Do Nothing Till You Hear From Me", and "God Bless The Child".  © 1996-2022, Dusty Groove, Inc.
(Out of print, BMG Direct pressing.)

Love Will Find A Way
Verve, 2019. Used
CD...$6.99
Philip Bailey's looking hipper than usual on the cover – and he's sounding hipper than usual within – thanks to fantastic production help from Robert Glasper, Christian McBride, and Chick Corea – all artists who play on the record, and help give Bailey a really timeless sense of ... CD