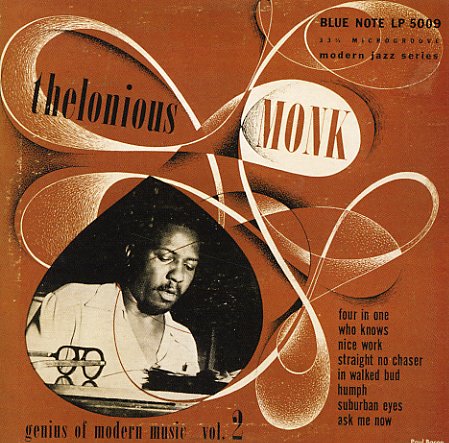 A great collection of Monk's 10" recordings for Blue Note – seminal not only for the label's commitment to a modernist bop ideal, but also for Monk's integration in the growing collection of top-level jazz players on the New York scene. The work's notable also for the fact that Monk's playing in group settings – not trio ones – and here, his early writing for and interplay with saxes and trumpet would certainly have a strong effect on the development of modern jazz in the 50s. Titles on this second volume include "Four In One", "Ask Me Now", "Criss Cross", "Skippy", "Hornin In", "Sixteen", and "Let's Cool One" – and this new version features a total of 18 tracks with great remastering and some rare alternate takes!  © 1996-2020, Dusty Groove, Inc.
(Out of print.)

Monk's Dream (original master recording SACD)
Columbia/Mobile Fidelity, 1963. Used Gatefold
CD...$29.99
The first Thelonious Monk album for Columbia Records – and one of the best, as well – a beautiful illustration of the way that his shift in labels really set some new fire to his music in the early 60s! The group is Monk's sharp-edged quartet with the amazing Charlie Rouse on tenor, ... CD