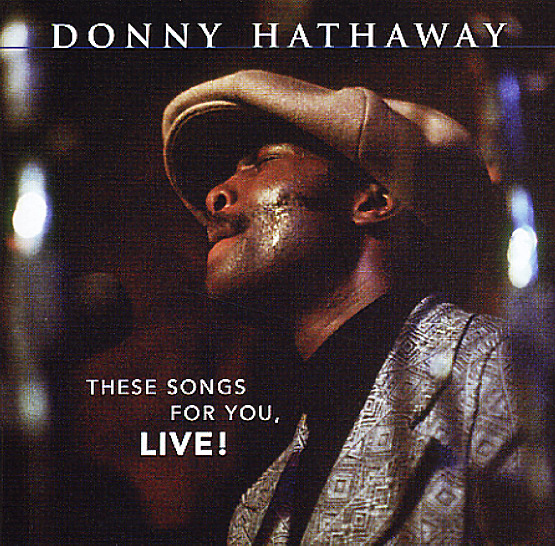 These Songs For You, Live!

A fantastic document of the genius of Donny Hathaway – and a set that shows that the 70s soul legend was every bit as wonderful live as he was in the studio! The set features a huge number of unreleased tracks by Donny – grouped with numbers pulled from his two successful 70s live sets (Donny Hathaway Live and In Performance, neither of which are in print in the US!) The tracks feature Donny on electric keyboards and organ – leading a group of players that includes Phil Upchurch, Cornell Dupree, and Richard Tee – all coming together in a tightly-jamming small group formation that's quite different than the backing on Hathaway's studio albums. There's a warm, organic feel to the set that's really wonderful – and which offers new versions of tunes you might only know from their studio incarnations, as well as a few covers of work by contemporary soul acts that come off amazingly well. Includes previously unreleased live recordings of "Flying Easy", "Valdez In The Country", "Superwoman", "Yesterday", "Someday We'll All Be Free", and "He Ain't Heavy He's My Brother" – as well as a short interview – plus the tracks "Little Ghetto Boy", "A Song For You", "Sack Full Of Dreams", "The Ghetto", and "I Love You More Than You'll Ever Know".  © 1996-2021, Dusty Groove, Inc.
(Out of print.)