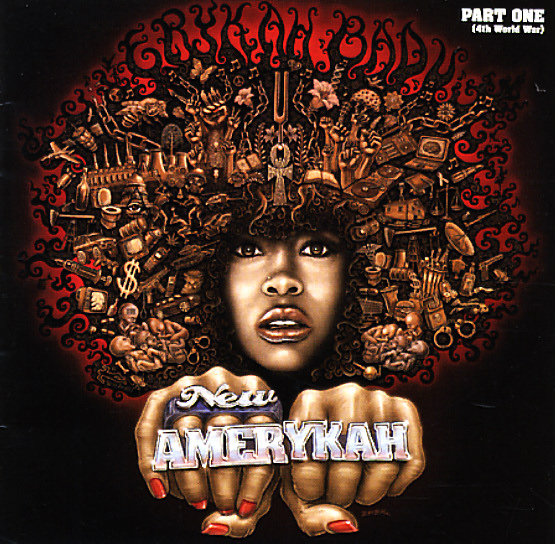 Badu is back with some of the deepest, funkiest and best music of her career – a mindblowing treatise for a New Amerykah – and what we'll consider an instant classic whether the world at large catches on or not! Erykah steps up this time with a set that balances the wilder impulses of her criminally underappreciated Worldwide Underground and more of a hip hop based, righteously grooving style – but still bursts with a freshness that's unrivaled to say the least. From free spirited soul, to sparse hip hop funk this record is both blunt and beautiful – with a slow-building emotional resonance that'll reach the most jaded souls. Modern soul music of the first order that gives us goosebumps from the first spin to the last beat! The album kicks off with Erykah riffing on and remixing Ramp's "American Promise" as an intro – and it just gets deeper from there. Producers/collaborators include Madlib, Sa-Ra, Karriem Riggins, James Poyser and ?uestlove. Amazing!!! Titles include "The Healer", "Me", "My People", "Soldier", "The Cell", "Twinkle", "Master Teacher", "The Hump" and "Telephone". The 9th Wonder produced single "Honey" is an unlisted bonus track.  © 1996-2022, Dusty Groove, Inc.

Album II
Motown, 2005. Used
CD...$4.99
The second album from Kem – in case you couldn't guess from the title – and even deeper than the first! As before, Kem keeps the whole thing true to himself – by writing and producing every track on the record, and working in a spare and soulful groove that draws a clear lineage ... CD