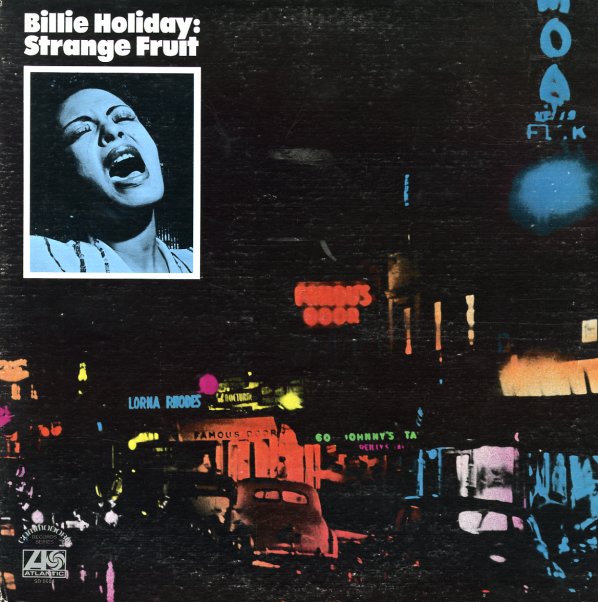 A great issue of some of Billie Holiday's classic sides for the Commodore label – a company she didn't work with often, but home to some of her best material of the early years! The tracks here were mostly recorded in 1944, but the set also features some early bits from 1939 as well – and backing on all numbers is by small combos, with players who include Eddie Heywood on piano, Frankie Newton or Doc Cheatham on trumpet, Tab Smith or Lem Davis on alto, Teddy Walters on guitar, and Kenneth Hollon on tenor sax. Titles include Holiday's seminal "Strange Fruit" – a track that's stunning both for its handling of racial subject matter, and for the fact that it's one of the few penned by Billie herself! Other titles include "Yesterdays", "I'll Get By", "I Cover The Waterfront", "Lover Come Back To Me", "I'm Yours", and "Embraceable You".  © 1996-2022, Dusty Groove, Inc.
(Broadway label pressing with RI suffix. Cover has light wear and a small cutout notch.)

Brother Where Are You
Atlantic, 1973. Very Good+
LP...$1.99 3.99
Sweet 70s funk from the great Oscar Brown – quite a change from his jazz-based work of the 60s, but a great new sitting for all of his wonderful wit and warmth! Brown's still a hell of a songwriter, and one with a very socially-conscious eye – sharper here than before, with lots of ... LP, Vinyl record album