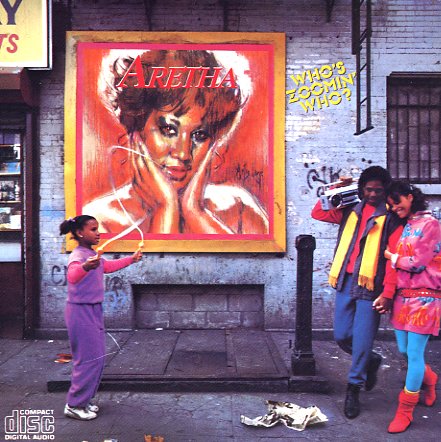 A huge hit for Aretha Franklin – and a record that brought her famous vocals to a whole new generation of listeners! The sound is definitely different than before – a change from both the deep soul of Atlantic years, and the initial classy approach of her time at Arista – and working with lots of help from Narada Michael Walden, Aretha gets an 80s groove that turns out to be a perfect platform for her sound – one that lets her vocals really take off, while still getting plenty of great hooks as well – all in a mode that somehow sounds far less commercial than we remember at the time. Includes the massive hits "Freeway Of Love" and "Who's Zoomin Who" – plus "Ain't Nobody Every Loved You", "Push", "Integrity", "Sisters Are Doin It For Themselves", and "Sweet Bitter Love".  © 1996-2021, Dusty Groove, Inc.
(Out of print first CD pressing.)