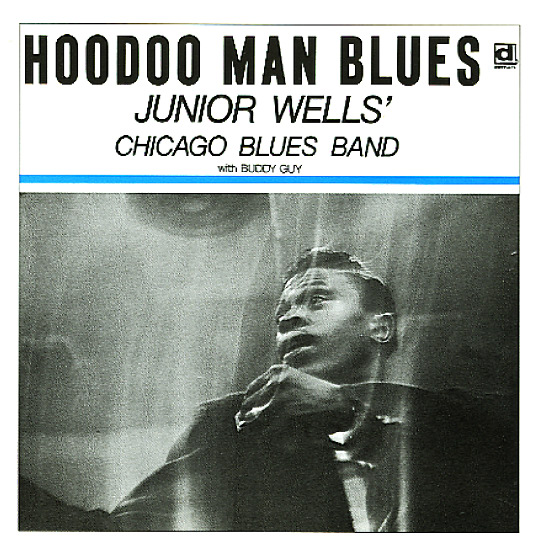 The incredible mid 60s album from blues singer and harp blower Junior Wells and his Chicago Blues Band with Buddy Guy! This is a most pivotal set in which Junior & his players don't sound as if they're trying to imbue blues tradition with urban grit and electricity – it simply seems to happen naturally, and you can really imagine when you hear this how it blue the minds of so many Brit and American rock & blues fellows who would come the recast the style with their own life and experiences, and pretty much take over popular music with it. Titles include "Snatch It Back & Hold It", "In The Wee Wee Hours", "Hey Lawdy Mama", "Hoodoo Man Blues", "Yonder Wall", and "Chitlin Con Carne".  © 1996-2021, Dusty Groove, Inc.