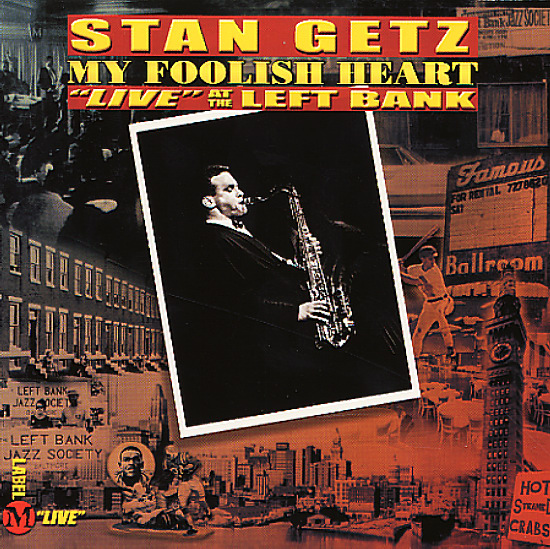 My Foolish Heart – Live At The Left Bank

Long live tracks from Stan Getz – captured at one of his strongest points in the 70s, and working with a quartet that includes Richie Beirach on piano, Dave Holland on bass, and Jack DeJohnette on drum s! The feel here is a great extrapolation of the sound of Getz's seminal Sweet Rain sessions – tunes that spiral out with a style that's free and open-ended, yet never "outside" – just allowing Getz to blow magically with his incredible tone, shifting sound into ever-changing shapes and many-colored jewels! Titles include "Litha", "Invitation", "Fiesta", "Lucifer's Fall", and "Spring Is Here".  © 1996-2022, Dusty Groove, Inc.