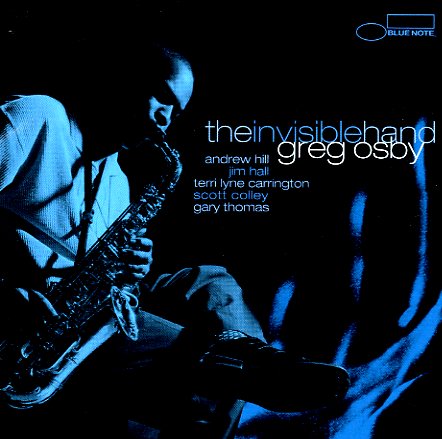 One of the most sophisticated albums to come from the funky reed talents of Greg Osby – one of Blue Note's biggest hopes of the past 10 years. Osby's moving way past the simple riffing of early days, and is working here with a sextet that includes the great Andrew Hill on piano, Jim Hall on guitar, and west coast reed legend Gary Foster on flute and alto. The overall sound is much different than some of Osby's other work, and the young player emerges as a strong and sensitive soloist, especially in the moments in which he's matching lines with Foster. Titles include "With Son", "The Watcher", "Ashes", "Sanctus", "Tough Love", and the lovely 60s soundtrack theme "Who Needs Forever".  © 1996-2021, Dusty Groove, Inc.
(Out of print. Mark through barcode, disc has a promo stamp.)