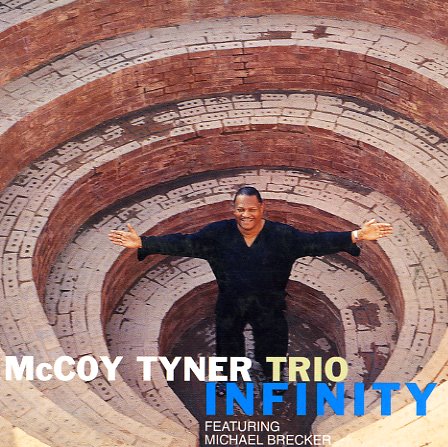 With Michael Brecker on tenor and guest percussion from Valtinho Anastacio.  © 1996-2022, Dusty Groove, Inc.
(Out of print. Mark through barcode, clear promo sticker on cover.)

Real McCoy (non RVG edition)
Blue Note, 1967. Used
CD...$5.99 (CD...$7.99)
As pure a distillation of McCoy Tyner's lyrical vision as one could ever hope for – a brilliant early standout session for the pianist as a leader! McCoy is backed up here by the energetic drumming of Elvin Jones – with whom he shares a natural empathy from their many years together ... CD