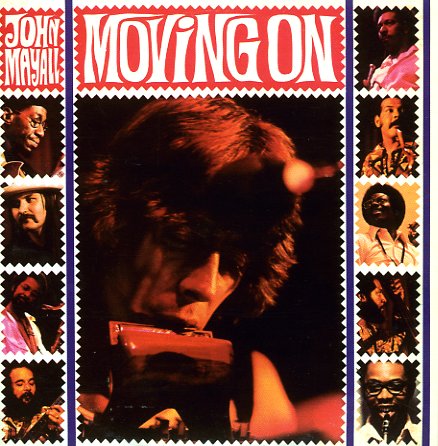 Bill Cosby introduces this hip little live set from the John Mayall group – which is fitting, as there's definitely a bit of an LA groove on the set! Mayall's still in very bluesy territory, but he also gets some great soul jazz support too – from players who include Charles Owens on flute and soprano sax, Ernie Watts on tenor, and even the great Fred Jackson on baritone! Keef Hartley adds in some mighty heavy drums, but the group's further expanded by even more American players too – including Blue Mitchell on trumpet and Freddie Robinson on guitar – both players who definitely leave their mark on the set. There's some great electric piano too – and titles include the classic "Keep Our Country Green" – plus "Christmas 71", "Things Go Wrong", "Do It", "Moving On", "Red Sky", "Reasons", "High Pressure Living", and "Worried Mind".  © 1996-2020, Dusty Groove, Inc.
(Cover has a rip on the top left corner, light surface wear, and a cut corner.)