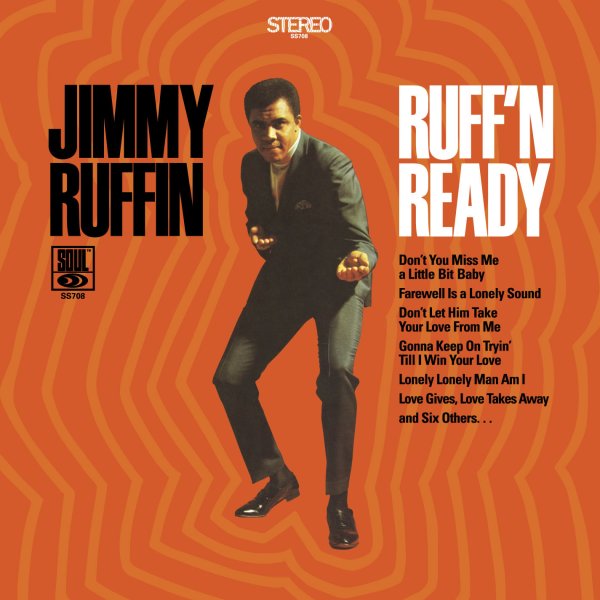 A tremendous little album from Jimmy Ruffin – as "ruff" as the title implies, with a much deeper groove than you might find from other Motown releases at the time! The style here is really wonderful – rich, heartfelt vocals from Jimmy that easily match the best of the Detroit underground of the time – a style that's a bit like Darrell Banks or JJ Barnes, with echoes of the southern sound of the 60s – but produced to perfection with all the best that Motown could muster! Jimmy gets lots of heavy help from Norman Whitfield – who produced about half the tracks on the set, and gives Ruffin a sound that's somewhere between his righteous soul with the Temptations, and the best Motown grooves of his earlier work for the label. Other production is by Brian Holland & Lamont Dozier, William Weatherspoon & James Dean, and Richard Morris – all of whom follow Whitfield's lead nicely – and although the album's got few runaway hits, it's a rock-solid effort throughout – just the kind of album that makes us love the Motown full-length scene even more than the label's singles! Titles include "Lonely Lonely Man Am I", "It's Wonderful (To Be Loved By You)", "Don't Let Him Take Your Love From Me", "Everybody Needs Love", "Sad & Lonesome Feeling", "Love Gives Love Takes Away", and "Farewell Is A Lonely Sound". Great reissue package too – with excellent sound, very detailed notes, and some great vintage images!  © 1996-2022, Dusty Groove, Inc.