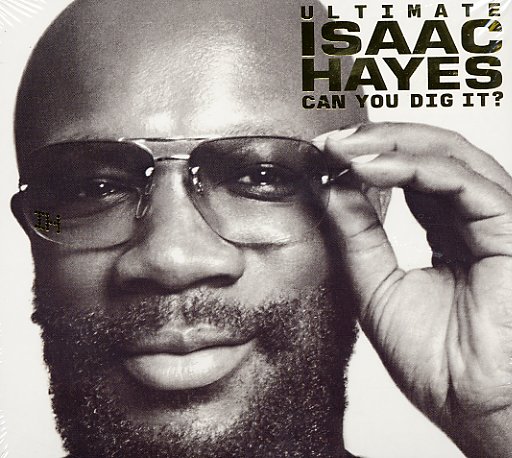 Great work by Isaac Hayes – featuring a wealth of classic tunes from his years at Stax, packaged with some bonus video material from the 70s! The music alone is more than worth the price of the set – as the collection includes big hits, choice album tracks, and even 3 never-issued tunes from Hayes' 1972 performance at Operation Push in Chicago. 33 tracks include "Chocolate Chip", "Title Theme From Three Tough Guys", "Run Fay Run", "Rock Me Easy Baby", "Walk On By", "I Stand Accused", "Hyperbolicsyllabicsesquedalymistic", "Ain't That Lovin You", "Theme From Shaft", "By The Time I Get To Phoenix", "Soulsville", "The Look Of Love", "Do Your Thing", "Someone Made You For Me", and "Let's Stay Together". DVD includes tracks from Hayes' 1972 performance at Wattstax – "Rolling Down A Mountainside", "Soulsville", and "Theme From Shaft" – plus his "Chocolate Salty Balls" performance as Chef in South Park. (Could have done without that – thank you!)  © 1996-2021, Dusty Groove, Inc.