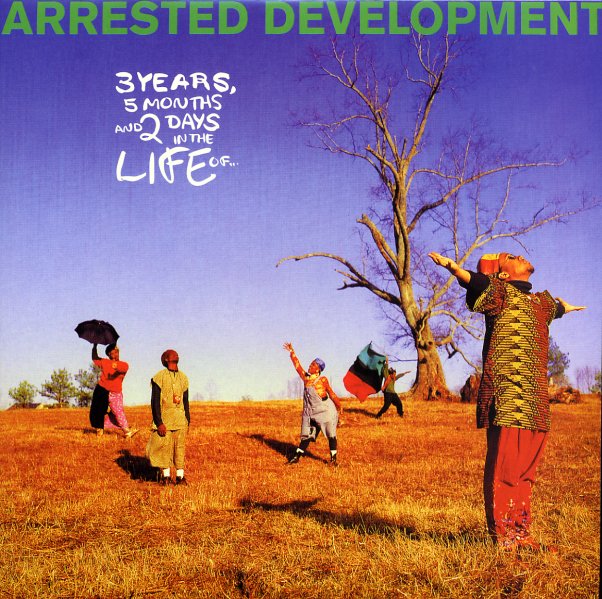 The debut of Arrested Development – a worthy critical favorite early in it's release cycle the went on the dismissed by lot of hip hop heads after it became a hit – and a solid, spiritually resonant effort well worth a reappraisal after all these years! They really was no other hip hop group quite like Arrested Development, then or now – led by producer, writer, vocalist Speech, with a solid bedrock of classic samples and live band instrumentation. Good stuff. Tracks include "Man's Final Frontier", "Mama's Always On Stage", "People Everyday", "Blues Happy", "Mr Wendal", "Children Play With Earth", "Raining Revolution", "Fishin 4 Religion", "Give A Man A Fish", "U", "Eve Of Reality", "Natural", "Dawn Of The Dreads", "Tennessee", and "Washed Away".  © 1996-2022, Dusty Groove, Inc.
(Out of print, BMG Direct pressing.)