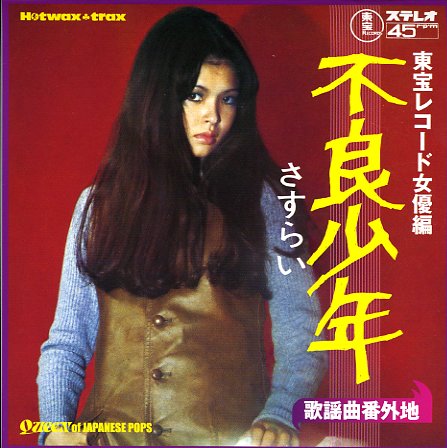 Haunting Japanese pop from the early 70s – sung by actress Furyosyonen Sasurai, in a beautifully-presented package of her work for Toho Records! Lyrics are all in Japanese, but there's an appeal to this music that goes way beyond the boundaries of language – thanks to some great arrangements that echo the slinkier female pop styles of the European scene of the period – and an overall level of presentation that has Sasurai's voice sneaking in with all the sexiness you might guess from the cover. As with other Hotwax CD reissues, the presentation here is wonderful – lots of lovely images, and enough visual eye candy to offset the all-Japanese song titles and liner notes.  © 1996-2021, Dusty Groove, Inc.