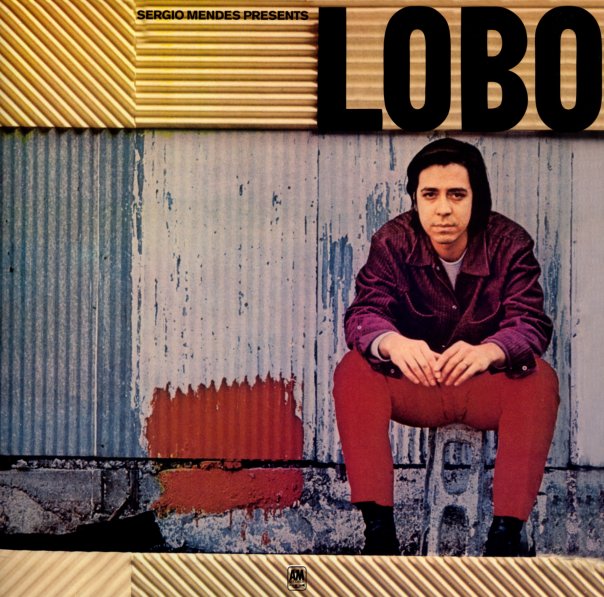 The first (and maybe only) American release by one of the greatest Brazilian singer/songwriters of the sixties – and a record that's quite different than any Sergio Mendes work of the time, despite Sergio's name in the title! The vibe is like Lobo's best of Brazil from the late 60s – a post-bossa set that's quite complicated overall – rich in filling, and full of sweeping production, haunting compositions, and great jazzy arrangements. Players on the session include Hermeto Pascoal, Airto, Oscar Castro-Neves, Tiao Neto, and Claudio Slon – and Sergio Mendes was involved in the arrangements, but clearly the main focus was given to Lobo – as the overall quality is much deeper. The record includes great recordings of some of Edu's classic compositions – like "Zanzibar", "Ponteio", and "Casa Forte" – plus, it's got some other tracks that he never did before, like "Crystal Illusions", "Sharp Tongue", and "Hey Jude".  © 1996-2021, Dusty Groove, Inc.
(Out of print.)

70 Anos
Biscoito Fino (Brazil), 2014. Used
CD...$4.99
Edu Lobo at 70 – looking better than we did at 30 – working here in a wonderfully rich record that returns him to the glory of his most sophisticated sides from decades back! The performance is a live one – with a full orchestra behind the smaller combo – and Edu sings, and ... CD

Stillness (Japanese paper sleeve edition)
A&M (Japan), 1970. Used Gatefold
CD...$19.99
A real classic from Sergio Mendes – probably most famous for its funky bits! The record pushes past the formula of the earlier Brasil 66 albums, and goes for a more sophisticated approach that adds in some sweet electric moments, more complicated grooves, and an overall sound that's even ... CD

Quarteto Em Cy (1972)
Odeon/Elemental (Spain), 1972. Used
CD...$9.99
A fantastic 70s album from this legendary harmony quartet – a female group that first emerged during the bossa generation in 60s Brazil, but who seem to hit an even more sublime sound with this rare gem from 1972! The setting is kind of post-bossa – maybe in the territory that Marcos ... CD