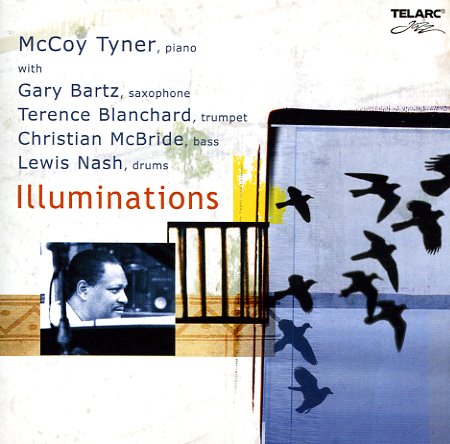 A relatively recent set from pianist McCoy Tyner, but one that shows the same great ear for choosing a horn that we love in his 70s classics! As with those records, a key force on the recording here is altoist Gary Bartz – a player who's always great on his own, but seems to take on a special energy in the company of Tyner – really stretching out with a soulful, spiritual vibe that matches McCoys musical vision wonderfully! Trumpeter Terence Blanchard is also in the group – a bit more let loose than usual – and the combo's completed by Christian McBride on bass and Lewis Nash on drums. Titles include "Angelina", "Illuminations", "New Orleans Stomp", "The Chase", "West Philly Tone Poem", and "Soulstice".  © 1996-2022, Dusty Groove, Inc.
(Out of print, BMG music club pressing.)