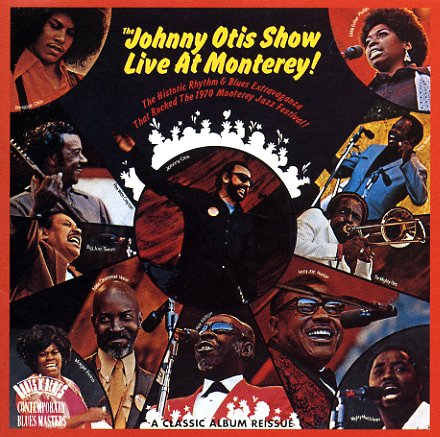 Johnny's very much in his "revival" mode here – dipping back to his earlier R&B roots, and working with a host of famous older blues singers. The set's got vocals by Roy Milton, Roy Brown, Esther Phillips, Mighty Mouth Evans, Ivory Joe Hunter, Eddie Cleanhead Vinson, Margie Evans, and Big Joe Turner – and even though Shuggie Otis is on the album, the whole thing's a pretty bluesy affair overall. Titles include "Shuggie's Boogie", "Plastic Man", "Margie's Boogie", "Baby You Don't Know", "Little Esther's Blues", "RM Blues", "Goin Back To LA", "Willie & The Hand Jive", and "Since I Met You Baby".  © 1996-2021, Dusty Groove, Inc.
(Out of print, punch through barcode.)

Chameleon
Epic, 1976. Used
CD...$13.99
A stone classic in the genre of bad-rapping female soul – and one of the key albums cut by the trio of Patti Labelle, Nona Hendryx, and Sarah Dash! The arrangements and production are handled by David Rubinson, who gives the set a nicely polished feel that gets a bit past some of the slight ... CD