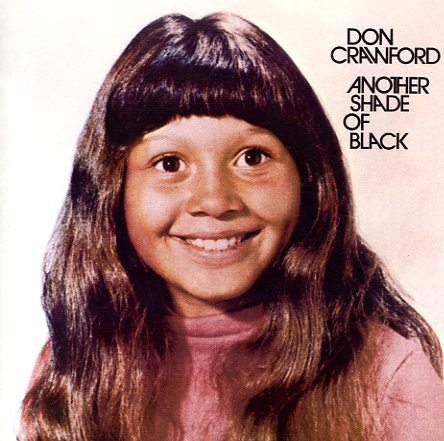 Another Shade Of Black

A strange bit of country soul – but a great one, and unique gem from Don Crawford! Another Shade Of Black was recorded by Don Crawford in New York, with bit of a crossover folksy feel that's more like work you'd hear from Muscle Shoals, but it's in a slightly more experimental mode. The album's got Crawford on vocals and acoustic guitar, and instrumentation includes a string quartet, banjo, dulcimer, and a bit of organ. Titles include "Keep Yourself Together", "Song For Sister Angela", "For All The Ladies", "If It Feels Good – Do It", and "Goofin Away The Day".  © 1996-2021, Dusty Groove, Inc.