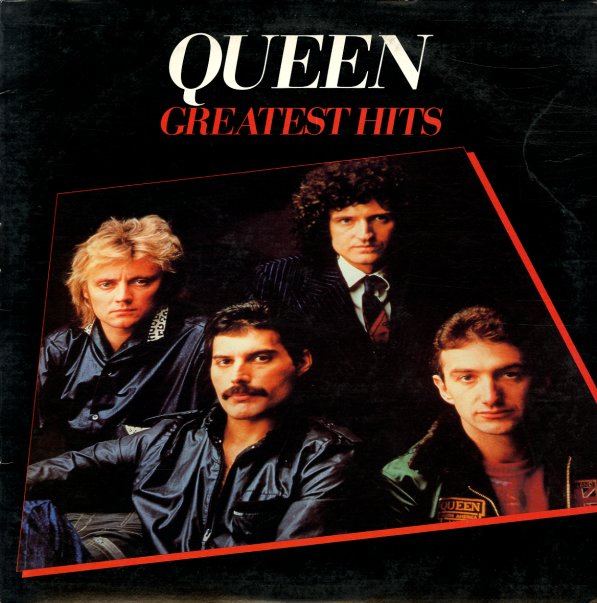 14 tracks in all, including "Fat Bottomed Girls", "You're My Best Friend", "Crazy Little Thing Called Love", "Somebody To Love", "Play The Game", "Flash", "We Will Rock You" and "We Are The Champions".  © 1996-2023, Dusty Groove, Inc.
(Original pressing with Sterling stamp. Includes the printed inner sleeve. Cover has light wear.)

Sheer Heart Attack
Elektra, 1974. Near Mint-
LP...$24.99 (LP...$24.99)
The third album from Queen, and maybe the record that finally had the rest of the world paying attention to their sound – as the set elevates the quartet past any sort of proggish roots, and unleashes the pop power that would come to dominate their music in the 70s! Make no mistake, the ... LP, Vinyl record album

News Of The World
Elektra, 1976. Very Good+ Gatefold
LP...$33.99 (LP...$24.99)
A landmark album from Queen – a set conceived when the group were already at the top of their game, and willing to not only lean into their strengths, but also take a few chances by slimming things down, and really bringing the focus onto the guitar work, vocals, and heavy rhythms that ... LP, Vinyl record album