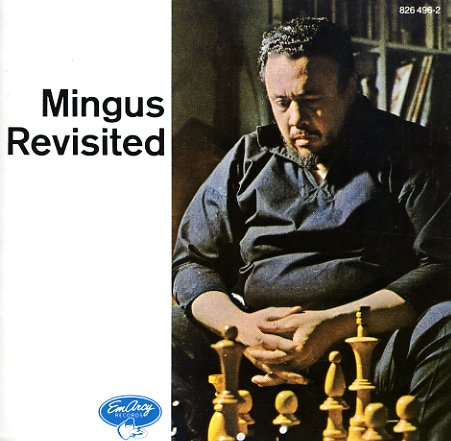 An unusual chapter in the label-hopping career of Charles Mingus – a one-off date recorded for Mercury right after Mingus' legendary sessions for Columbia! The format here may well be Mingus' most ambitious to date – as the album features larger groups than before, exploring a range of musical ideas that run from Charles' own highly political expressions of the Civil Rights era to some of his landmark explorations of Duke Ellington! As always, the individual players in the group are given a strong voice in the proceedings – and the record bristles with energy from solos by Ted Curson, Eric Dolphy, Booker Ervin, Jimmy Knepper, Yusef Lateef, and a young Joe Farrell – as well as vocal performances by Lorraine Cousins, who sings on the classic "Weird Nightmare" and the haunting "Eclipse". A tremendous record throughout – filled with life, imagination, and boundless creativity – with titles that include "Mingus Fingus no. 2", "Weird Nightmare", "Eclipse", "Bemoanable Lady", "Half Mast Inhibition", and "Prayer for Passive Resistance".  © 1996-2022, Dusty Groove, Inc.
(Out of print.)

More Study In Brown
EmArcy (Germany), 1955. Used
CD...$5.99 (CD...$11.99)
A great follow up to the legendary Study In Brown album – featuring work recorded by Clifford Brown in the 50s, but not issued until nearly 30 years later, in this Japanese-collected batch of rare material! As with the original album, the core group on the record features Clifford Brown on ... CD

Seriously Deep
Polygram/Dusty Groove, 1975. Used
CD...$8.99
An amazing slice of music from the legendary David Axelrod – quite different than his better-known sides for Capitol and Reprise Records – and plenty darn funky overall! Axelrod is at his studio best here – stepping off the funky jazz modes he produced for Cannonball Adderley, ... CD

Oscar Peterson Trio + One
EmArcy/Polygram, 1964. Used
CD...$4.99
Oscar Peterson's trio is augmented here by a famous guest – trumpeter Clark Terry, whose horn adds a nice bit of punctuation to the set, and makes the record a strong standout in the 60s catalogs of both players! The addition of Terry to the record is a great one – as Clark's rising ... CD