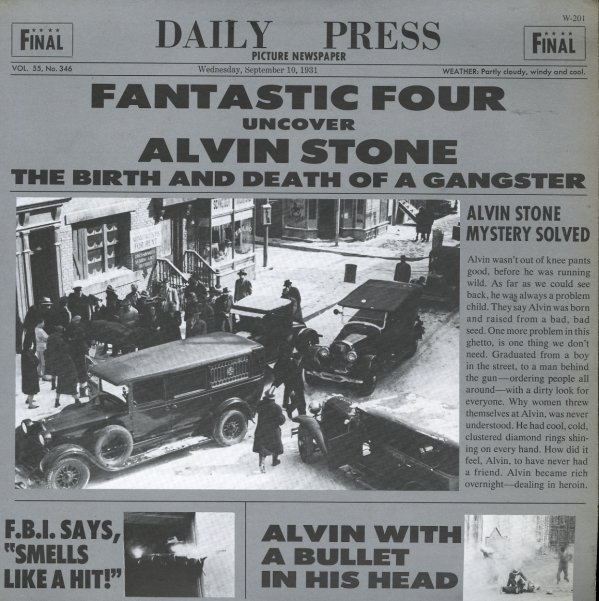 Alvin Stone – The Birth & Death Of A Gangster

Classic work from Fantastic Four – who are really hitting their stride vocally, moving into a whole new sound from their work in the late 60s. The groove is a mix of 70s harmony soul and early Westbound disco – and the longish tracks get quite involved, both vocally and arrangement-wise. The title cut – "Alvin Stone (Birth & Death Of A Gangster)" – is a righteous post-Temps soul track, and the album's got lots of other nice ones, like "Let This Moment Last Forever", "County Line", and "My Love Won't Stop at Nothing".  © 1996-2021, Dusty Groove, Inc.
(Sealed original pressing!)

Ohio Players Greatest Hits
Westbound, Early 70s. Very Good+ Gatefold
LP...$24.99
A fantastic overview of the early years of the Ohio Players on Westbound Records – material that's a lot trippier than their late 70s hits, and which has the group maybe closer to Funkadelic at times than you might expect! Given that the Players here are right out of their earliest psych ... LP, Vinyl record album