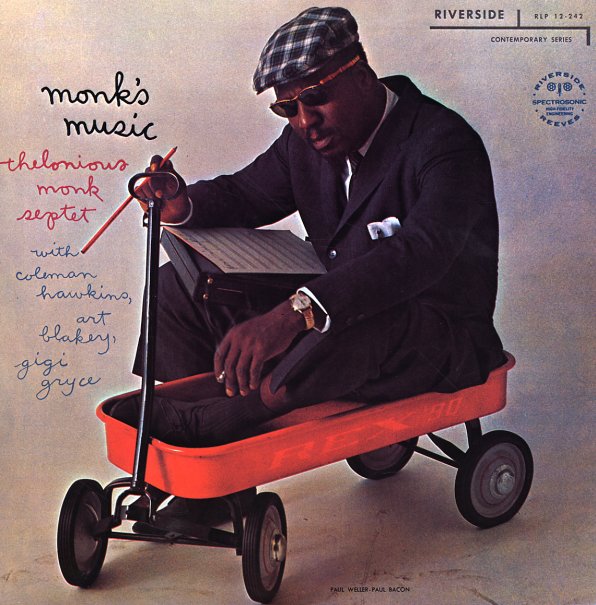 A landmark in jazz – easily one of Thelonious Monk's greatest albums ever, and a magical crossroads of talents that brings together a variety of jazz traditions! The work is performed by an ambitious Monk septet that includes both Coleman Hawkins and John Coltrane on tenor – and if you've ever doubted the brilliance of Hawk, this is the record to change your mind. The rest of the group is equally great – with Ray Copeland on trumpet, Gigi Gryce on alto, Wilbur Ware on bass, and Art Blakey on drums – all coming together with Monk to craft a perfect set of tunes that are virtually the definition of "modern jazz". Titles include "Abide With Me", "Off Minor", "Crepuscule With Nellie", and "Epistrophy". CD features 2 bonus tracks – alternates of "Off Minor" and "Crepuscule With Nellie".  © 1996-2022, Dusty Groove, Inc.
(BMG Direct pressing.)

Ain't But A Few Of Us Left
Pablo/OJC, 1982. Used
CD...$5.99
The title's a bit self-pitying, but the music certainly isn't – and even at this late point in his career, the sound of Milt Jackson is coming across loud and clear – possibly more so, because Milt's firmly shaken off the mellower modes of his years with the MJQ! The record has Jackson ... CD

Kenny Burrell & John Coltrane
Prestige/OJC/ZYX (Germany), 1958. Used
CD...$3.99
One of our favorite Kenny Burrell albums – and a record with a much deeper feel than lots of his other work! Kenny cut this album with John Coltrane in 1958 – and the session's a real standout in both of their careers at the time – Kenny's, for being a well-crafted, highly-focused ... CD