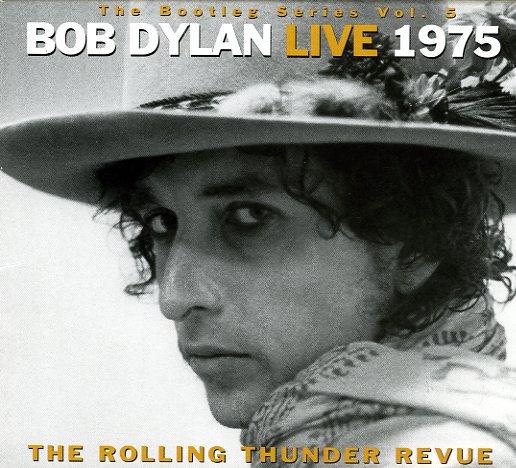 A pretty amazing 70s moment from Bob Dylan – a legendary tour that was a bit of a rock and roll circus on wheels – hence, perhaps, the unique name of the tour! Bob's in a very collaborative spirit here – working with famous guests who include Mick Ronson, Joan Baez, Roger McGuinn, Joni Mitchell, Ronee Blakely and Ramblin' Jack Elliott – all in an upbeat mode that surfaced most strongly on some of Dylan's tracks on the Desire album, which was issued during the two legs of the tour.  © 1996-2023, Dusty Groove, Inc.
(Includes slicpase and large booklet.)

Highway 61 Revisited (SACD pressing)
Columbia, 1965. Used
CD...$9.99 (LP...$22.99)
A pivotal moment for Bob Dylan – and maybe one of THE albums of the 60s! The newly-electrified Dylan really takes off here – putting more punch and bit into his already-strong lyrical approach – and twisting things in amazing ways that still leave us breathless all these many ... CD