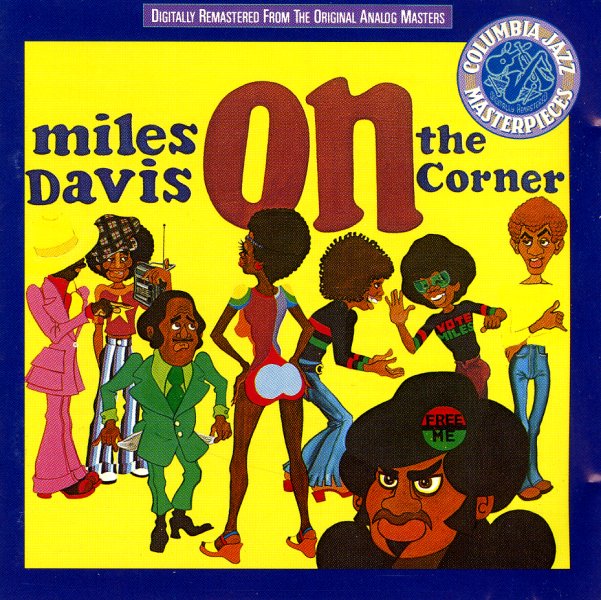 A sublime bit of Miles Davis electric funk – one of the best-remembered electric sets from the 70s, and for good reason too! The tracks are long, the jams are hard, and the whole thing has a lot more funk than some of the noise you'd get on other Miles albums of the time – thanks to killer keyboards from Herbie Hancock and Chick Corea, guitar from John McLaughlin, and reeds from Dave Liebman – plus some standout drums from the legendary Jack DeJohnette – easily at the top of his powers here. These top-shelf players jam together beautifully – really cooking on the album's long tracks – "On The Corner" and "Helen Butte/Mr Freedom X" – and tightening up on the slightly shorter cuts "Black Satin" and "One & One".  © 1996-2022, Dusty Groove, Inc.
(Columbia Jazz Masterpiece pressing.)

Romantic Warrior
Columbia/Legacy, 1976. Used
CD...$4.99
One of the hardest-jamming Return To Forever albums – recorded with the post-Brazilian lineup that includes Chick Corea on keyboards, Stanley Clarke on bass, Lenny White on percussion, and Al DiMeola on guitars. Corea's very firmly in the lead – stretching out in heavy keyboard romps ... CD