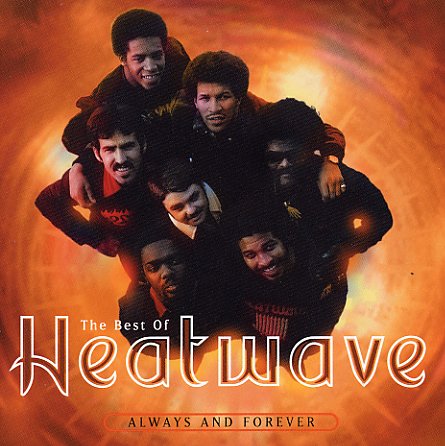 Always & Forever – The Best Of Heatwave

Killer late 70s soul by this Brit-based group that featured the keyboard talents of Rod Temperton! Despite their non-American origin, the band scored big on the US charts with familiar soul tunes like "Boogie Nights", "Always & Forever", "Ain't No Half Steppin", "Mind Blowing Decisions", "Gangsters Of The Groove", and more! The CD features 13 cuts in all – including disco versions of "Eyeballin" and "Groove Line", plus the tracks "Lettin It Loose", "Central Heating", and "Happiness Togetherness".  © 1996-2020, Dusty Groove, Inc.
(Out of print.)

Central Heating
Epic, 1978. Used
CD...$4.99
The second album by Heatwave – and a great effort that's almost as perfectly sublime as the first! Despite their UK origin, these guys really give American late 70s soul a run for its money – hitting in a sweetly compressed sound that fuses the vocals, keyboards, and grooves together ... CD