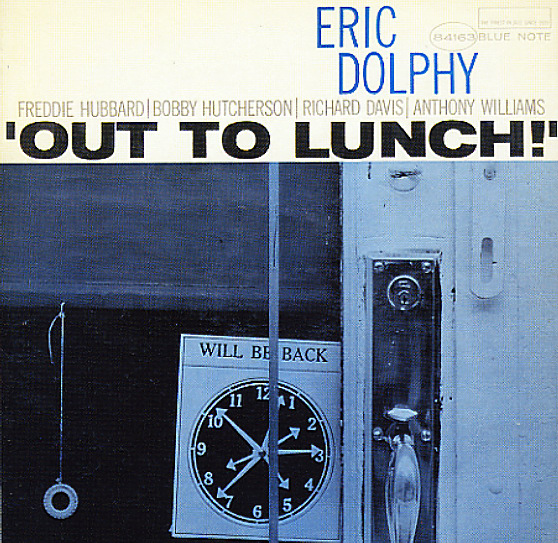 One of Eric Dolphy's lasting classics – and possibly the ultimate album of "new thing" jazz from the mid 60s! The record's got an even sharper edge than previous Dolphy recordings for Prestige – a really unique combination of instrumentation that includes Freddie Hubbard on trumpet, Bobby Hutcherson on vibes, Richard Davis on bass, and Tony Williams on drums – plus Dolphy on alto sax, flute, and bass clarinet. Although Dolphy's reed playing is as amazing as you'd expect, the real surprise here is Hutcherson, whose vibes ring out with this cold harsh tone that give a perfect edge to the set – bold and metallic, quite different than any work on vibes from previous players. Despite a large number of later recordings, Hutcherson almost never hit this sound again – except perhaps on a few Jackie McLean recordings – and it's his playing that gives the set such a unique sound. Titles include "Straight Up & Down", "Gazzelloni", "Hat & Bread", "Out To Lunch" and "Something Sweet Something Tender".  © 1996-2022, Dusty Groove, Inc.
(Out of print. BMG Direct pressing.)