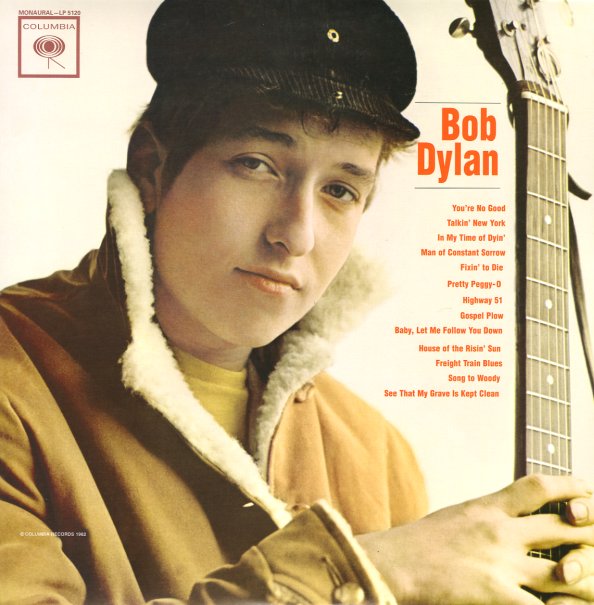 Sure, the young Bob Dylan might look a bit hokey on the cover – but he's already out there way ahead of the pack – and starting to blow away any of the less interesting pop folkies who'd been crowding into the Greenwich Village scene of the early 60s! There's a difference here right from the start – not just some of his own material, but the way that Dylan transforms older tunes too – not with this crew-cutted, clean-voiced style – but bringing in elements of blues, and using these very personal guitar inflections and harmonica lines to really make the music his own. Titles include "Highway 51", "See That My Grave Is Kept Clean", "Song To Woody", "Man Of Constant Sorrow", "Fixin To Die", "Baby, Let Me Follow You Down", and "Talkin New York".  © 1996-2021, Dusty Groove, Inc.
(70s pressing. Cover has a name in marker, light wear, and a small strip of tape on the bottom seam.)