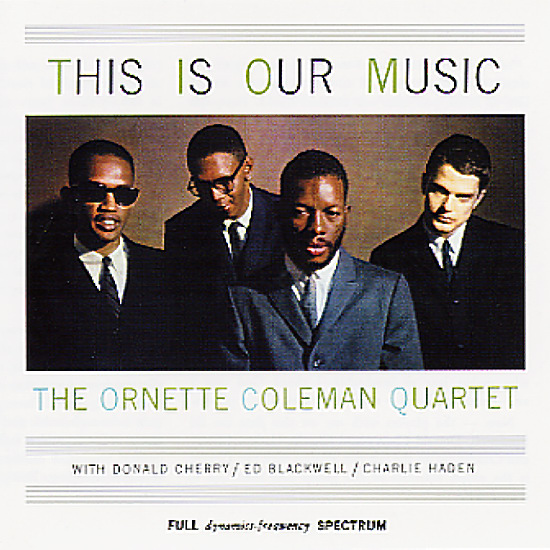 A landmark in modern jazz – from the stark stares of the band on the cover, to the starkly haunting music in the grooves! The record makes a bold statement right from the outset – and more than lives up to its promise in the sound within – an amazing approach to modern jazz that's still quite powerful, even all these many years later! The group features Ornette Coleman on alto, Don Cherry on pocket trumpet, Charlie Haden on bass, and Ed Blackwell on drums – moving at a fast, highly rhythmic pace that still leaves us breathless – filled with angles, but wrapped up in soul. The group make severe statements about the future of modern music in tracks like "Humpty Dumpty", "Beauty Is a Rare Thing", and "Kaleidoscope" – bouncing the efforts of the whole group off the beat, in a way that's both challenging and groove-heavy at the same time, a key summation of the genius of Ornette's early vision!  © 1996-2022, Dusty Groove, Inc.
(Atlantic Original Sound pressing.)

Something Else!!!!
Contemporary/OJC, 1958. Used
CD...$9.99
Pre-Atlantic work from Ornette Coleman – one of his first recorded statements in jazz – and one of his boldest! At some level, the complete Coleman sound isn't entirely in place here – as there's a bit of a trace of hardbop in the mix – not entirely, but just a bit. But at ... CD