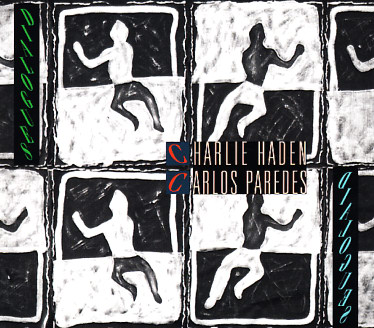 Way more than just a set of musical dialogues – as the record features duets between Haden's bass and the Portuguese guitar of Carlos Paredes – in a sound that's quite different than anything we might have expected! Paredes' instrument has some distinctly folksy overtones here – and although the record is mostly a jazz-based one, it has echoes of rootsier cultures that recall some of Charlie's Liberation Music projects – although clearly on a much more intimate scale here. Titles include "Danca Dos Camponeses", "Song For Che", "Balada De Coimbra", "Verdes Anos", and "Marionetas".  © 1996-2021, Dusty Groove, Inc.
(Out of print.)