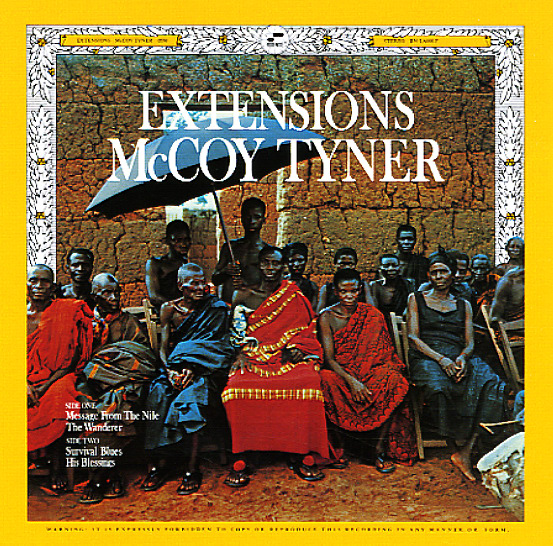 Brilliant work as a leader from McCoy Tyner – and easily one of his most righteous albums ever – a true batch of spiritual gems that really takes the John Coltrane legacy one step further! Most numbers build with a modal vibe that's more Impulse Records than Blue Note – and players on the set include Alice Coltrane on harp, Gary Bartz on alto, Wayne Shorter on tenor and soprano sax, Ron Carter on bass, and Elvin Jones on drums – a wonderful lineup that really holds tightly to the soaring, soulful energy that Tyner spins from his piano – a mode that's never too far out or avant, yet which stretches to the skies with a heavenly vision. The whole thing's wonderful – and tracks include "Message From The Nile", "The Wanderer", "Survival Blues", and "His Blessings".  © 1996-2021, Dusty Groove, Inc.
(Out of print original US pressing.)