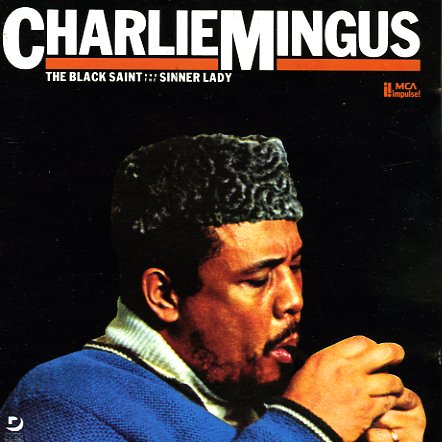 Fantastic – and one of Mingus' greatest albums ever! This one ranks right up with The Clown and Pithecantropus Erectus for sheer raw power and emotion – and Mingus' writing here is incredibly tight, giving soloists like Charlie Mariano, Jaki Byard, Richard Williams, and Jerome Richardson a real workout. The set's an extended suite of tracks with sort of a semi-ballet form. Don't let this fool you into thinking that the work's some sort of semi-classical snoozer, though – as Mingus uses the structure to hit some brilliant raw emotion, and the "dance" part of the piece gives the work a tight rhythmic form, pushing the soloists into raw urgent grooves, of a nature that never show up on Mingus' other work from the time. Titles include "Trio & Group Dancers", "Solo Dancer", "Group & Solo Dance", and "Duet Solo Dancers".  © 1996-2022, Dusty Groove, Inc.
(Early MCA pressing.)

Sorcerer
Impulse, 1967. Used
CD...$7.99
A key moment in the career of Hungarian guitarist Gabor Szabo – a player who'd already been making some great music in the group of Chico Hamilton, but who really cemented his reputation with the sound on this set! Right from the start, Gabor was always a guitarist with something very new, ... CD