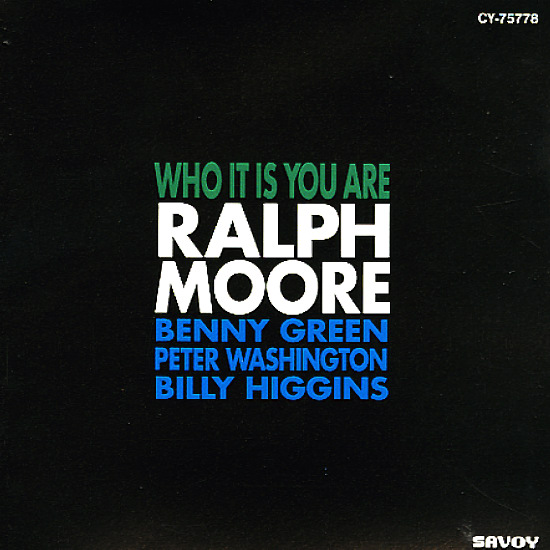 Who It Is You Are

A key recording from one of our favorite tenor talents of the 80s – the amazing Ralph Moore, a player who really carries on a strong legacy from the 60s work of Hank Mobley! Like Mobley, Moore's got a very rich-voiced sound that's steeped in tradition, but which is also never afraid to take chances too – a way of handling the tenor that few of his contemporaries could match, which is probably why Ralph's presence really upped the ante on so many dates at the time as a sideman. He's even better as a leader, though, and this standout set for Landmark is a real gem – a record filled with freely creative energy throughout, and a never-ending sense of soul – as Moore's tenor is set up nicely in a core group with Benny Green on piano, Peter Washington on bass, and Kenny Washington on drums – the latter of whom brings some of the same magic to this set that Billy Higgins did to Blue Note in the 60s. Terence Blanchard plays trumpet on 4 of the album's tracks – and titles include "Punjab", "Freeway", "Enigma", "Blues For John", "One Second Please", and "Episode From A Village Dance". Also includes the CD-only bonus track "Morning Star".  © 1996-2021, Dusty Groove, Inc.
(Out of print.)