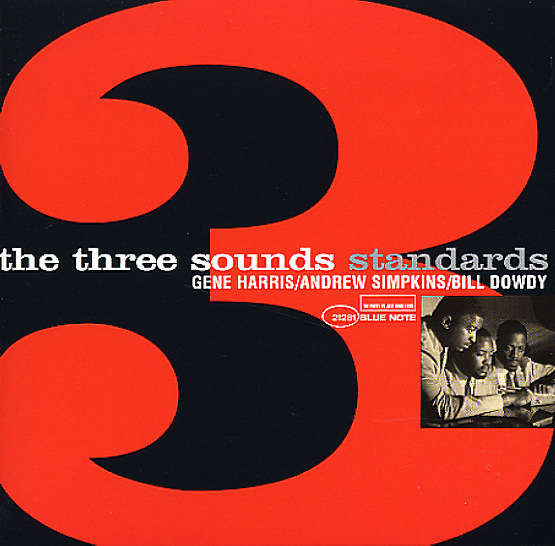 Previously unissued work by the Three Sounds – tracks recorded at sessions from 1959 and 1962, but issued here for the first time! As in keeping with Blue Note's Standards series, the material features Gene Harris and trio performing well known tunes of the 20th Century – but given that evergreens like these usually made up most of the group's albums, the format's not a shortcoming, but a strength – one that makes Standards sit nicely next to the group's more famous albums from the time! 12 tracks in all, with titles that include "Thinking Of You", "Lights Out", "Best Things In Life Are Free", "Again", "Witchcraft", "Makin Whoopee", "Cry Me A River", and "Stay As Sweet As You Are".  © 1996-2022, Dusty Groove, Inc.
(Out of print.)