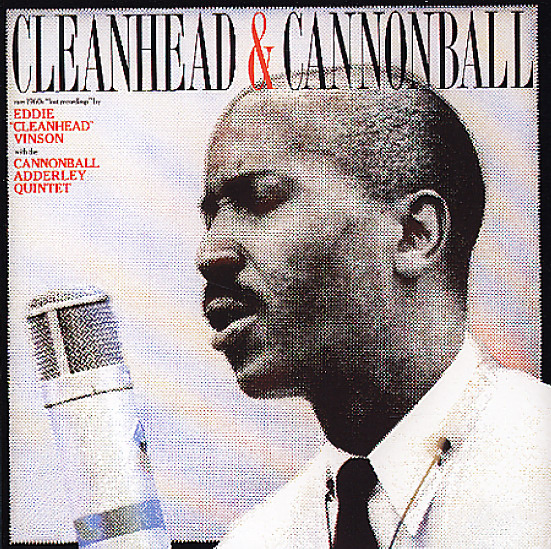 An incredible album that has Cleanhead moving way past his usual bag! Sure, he's normally known as an R&B vocalist and alto player, but here, in one of those great Riverside "Cannonball Adderley Presents" sessions, Vinson gets into a whole new bag on some cuts. He's playing with Cannonball's group of Nat, Joe Zawinul, Sam Jones, and Louis Hayes – and there's one track in particular that's amazing – "Arriving Soon", an instrumental that has Vinson soaring on alto, wailing with an almost Coltrane-esque level of freedom. It's a killer modal track, and is worth the price of the album alone. There's another instrumental called "Vinsonology", plus vocal numbers like "Hold It", "This Time", and "Kidney Stew" – all with a nice groovy Adderley quintet kind of groove. CD also includes 4 bonus tracks!  © 1996-2021, Dusty Groove, Inc.