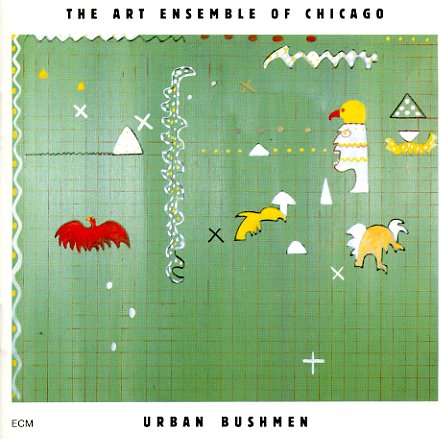 A live set from 1980 – and one that shows the Art Ensemble still able to capture some of the warmth and imagination from their early years. Most tracks are fairly long, and the group move through their usual panopoly of instruments along the way. Titles include "Urban Magic", "Sunprecondition Two", "Theme For Sco", "New York Is Full Of Lonely People", and "Ancestral Meditation".  © 1996-2021, Dusty Groove, Inc.

Live In Paris
BYG/Fuel 2000, 1969. Used 2 CDs
CD...$16.99
Seminal work from the Art Ensemble of Chicago – recorded during their most creative period ever! The album was recorded live in October of 1969 – at a time when the group had pulled up roots and moved to France for a few years, bursting on the European scene with unique creativity that ... CD