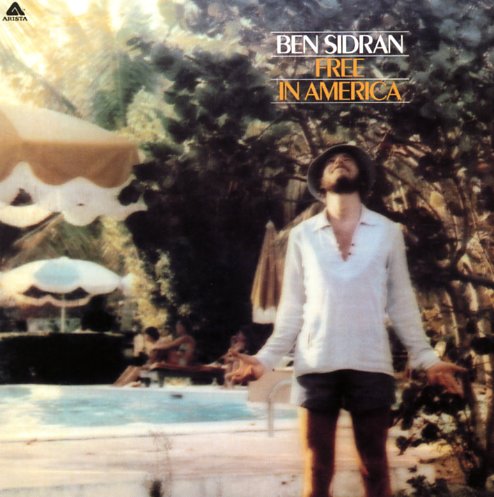 A bit smoother than Ben's earlier albums – but a great little set all the way through – and about as classic as you can get for Sidran in the 70s! The album's got a bit more soul in the mix, but still has some jazzy elements in the backings – and where things were sometimes messed up in the past, they're much more straightforward here – in ways that make the record really sparkle nicely! Ben's voice is still really compelling, and as on his best albums, there's some nice funky grooves in the mix that keep things fresh. Players include Phil Upchurch on bass and guitar, Woody Shaw on trumpet, David Newman and Sonny Seals on saxes, and Richard Tee on organ. Titles include the great instrumental "Let's Make A Deal" – a fast groover with guitar and keyboards riffing away, sounding like some lost jazz funk gem from the Fantasy Records catalog – plus "Beg For It", "Cuban Connection", "Free In America", "New York State Of Mind", and "Feel Your Groove".  © 1996-2020, Dusty Groove, Inc.
(White label promo. Cover has a cutout hole.)