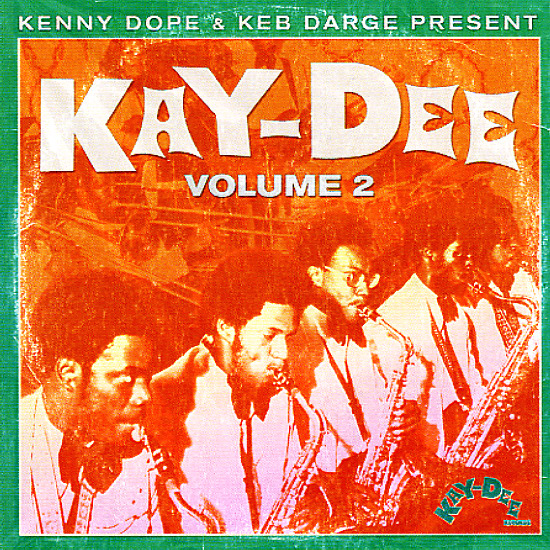 A treasure trove of rare funk – all hand-picked by Keb Darge and Kenny Dope, two names we trust more than most when it comes to rare funk! Most of these tracks are of 70s vintage, and a handful are presented here in new edits by Kenny – not remixes, and very much in the spirit of the original 45s – but re-presented in ways that bring up the funkiest bits from the bottom! The sound quality here is great – often much clearer than the original 45s – and the package is even better than the first set – a much-needed dose of the funky Kay Dee sound for the CD market. Titles include Kenny Dope mixes of "Save The Youth" by Mellow Madness, "I Wanna Be Loved By You" by Family Of Eve, "Puddin" by Belle Farms Estate, "Shed A Tear" by Rickey Calloway, "Keep Her Happy" by Phillip Wright, and "Masterpiece" by Clarence Reid – plus the cuts "Latin Freak" by 7 Miles Per Hour Band, "Lay It On Me" by Willie Johnson, "I'm Your Man" by Spade Brigade, "Super Strut" by Kashmere Stage Band, and "What It Takes To Live" by Chosen Few Band.  © 1996-2022, Dusty Groove, Inc.
(Out of print and still sealed.)

Nomo
Ypsilanti, 2004. Used
CD...$6.99
A massive slice of Afro Funk from the Detroit scene – recorded by a group that we'd rank right up there with The Daktaris, Antibalas, and the best of the Afro-revival scene! The group's got a really great approach that brings plenty of jazz into the mix – really using the horns to ... CD