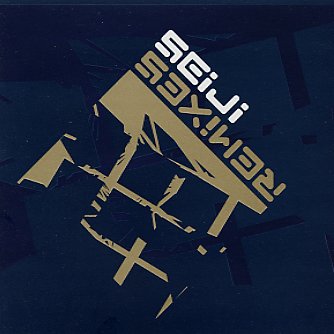 A blistering collection of work from Seiji – remixes of tunes by other artists, pulled from an assortment of import singles and unreleased recordings, laid out back to back on one set! Seiji's work is some of the foremost in the current London scene – very scattered, broken, and fragmented – yet still somehow soulful at the same time. Tunes on the set include "Move On Up" by Mark De Clive Lowe, "Spiritual" by Reel People, "Designer's Baby" by Tycoon Tosh, "Lake Of Perseverance" by Dom Um Romao, "Look Into Yourself" by Global Soul, "Meeting Blue Ice" by Joakim Lone Octet, and "The Crossing" by P'Taah. 11 tracks in all!  © 1996-2020, Dusty Groove, Inc.
(Out of print.)