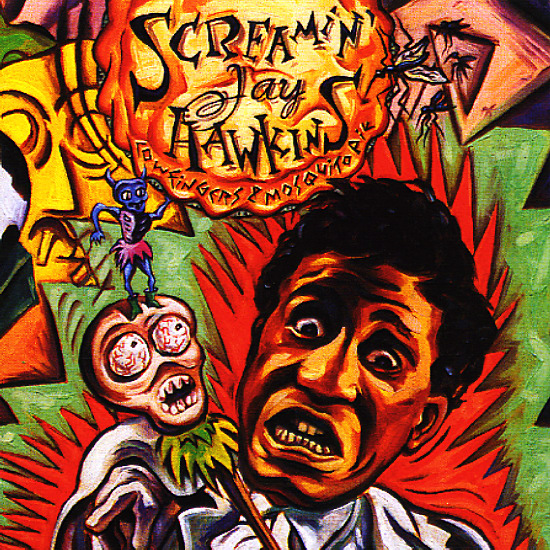 This is the real deal for Screamin Jay Hawkins – the seminal 50s recordings done for the Okeh label, all of which are a lot harder and heavier than some of his later work! The format is simple R&B, but Screamin Jay brings a heck of a lot of himself to the sessions – singing in a raspy, raw sort of way that really lives up to his name – and hitting a variety of fresh and funky subjects in the lyrics – hardly the usual stuff of 50s bluesy recordings! Titles include the classic "I Put A Spell On You", plus 20 more tracks that include "Yellow Coat", "You Made Me Love You", "Little Demon", "Hong Kong", "Alligator Wine", "Person To Person", "Take Me Back To My Boots", "Darling Please Forgive Me", "Orange Colored Sky", "There's Something Wrong With You", and "Frenzy".  © 1996-2021, Dusty Groove, Inc.
(Out of print. CD case has a cutout hole.)