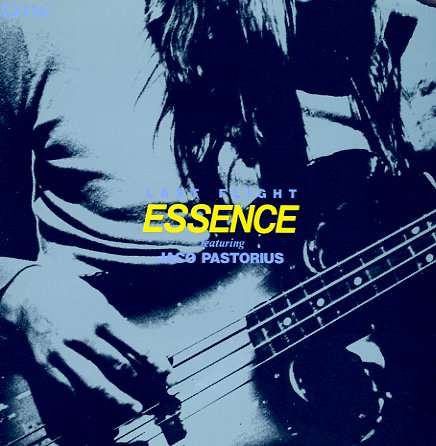 Features Yaco G Grau on flute, Delmar Brown on synths, Miachel Gerber on piano, Jaco Pastorious on bass, and Carlos Cervantes on drums and percussion. Includes the lengthy two part "Universe Is My Home" and "Galeon".  © 1996-2021, Dusty Groove, Inc.
(Out of print.)

Jurassic Classics
DIW/Columbia, 1994. Used
CD...$4.99 (CD...$9.99)
There's nothing prehistoric about this set – as saxophonist James Carter's working here in an angular mode that's strikingly modern, despite the "classics" in the title! The tunes are all familiar ones, but they're recast by Carter with a deep tone on tenor, alto, and soprano sax ... CD

Night & Day
DIW (Japan), Used
CD...$28.99
A lovely little set from George Cables – quite expressive work on piano, but in ways that are a bit different from some of his American records at the time! George takes strong advantage of the open, sympathetic format of the DIW trio series here – and works wonderfully in a group that ... CD

Children Of The Light
DIW (Japan), 1995. Used Gatefold
CD...$14.99
Rodney Whitaker's always been way more than a bassist – and this beautiful set from his early years is a great reminder of what a great leader and composer he can be! The set mixes Rodney's own songs with some well-chosen numbers by others (including two gems by Francisco Mora) – ... CD

Jurassic Classics
DIW (Japan), 1994. Used
CD...$9.99 (CD...$4.99)
There's nothing prehistoric about this set – as saxophonist James Carter's working here in an angular mode that's strikingly modern, despite the "classics" in the title! The tunes are all familiar ones, but they're recast by Carter with a deep tone on tenor, alto, and soprano sax ... CD

Art Ensemble Of Soweto
DIW (Japan), 1990. Used
CD...$11.99
One of the more interesting later sessions from the Art Ensemble – one in which the group push their African influence strongly, by teaming up with the Amabutho Male Chorus for a real Soweto soul sound! Oddly, the Art Ensemble are the ones in African garb on the cover – while the ... CD