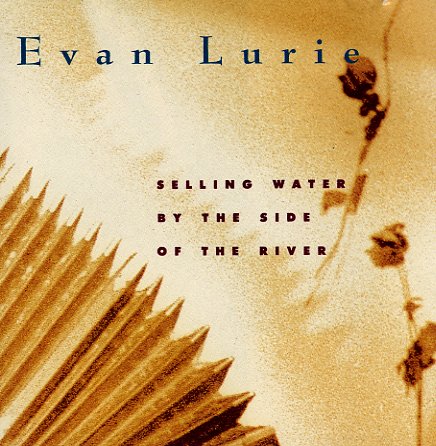 Selling Water By The Side Of The River

A beautiful record from pianist Evan Lurie – very different than his work in the Lounge Lizards – as the set features bandoneon from Alfred Pedernera, guitar from Marc Ribot, and violin and viola from Jill Jaffee – in a mode that's almost like the hip modern work of Astor Piazzolla!  © 1996-2021, Dusty Groove, Inc.
(Out of print, punch through barcode.)

Study In Brown
EmArcy, 1955. Used
CD...$3.99
A study in brown, and a study in hardbop too – a seminal album of 50s jazz that forever went on to set the tone for the music! The album was one of a few that trumpeter Clifford Brown cut as his star was strongly rising, before a tragic early accident took his life – and it's a ... CD

Calypso's Smile
AECO/Southport, 1984/1991. Used
CD...$16.99
A CD that reissues 2 different sessions recorded by Jarman and Moye – one from 1984 and one from 1991. Jarman plays a host of reed instruments that include flute, bass clarinet, soprano, tenor, and alto saxes – and Moye plays assorted percussion. Essiet Okon Essiet also plays bass on ... CD