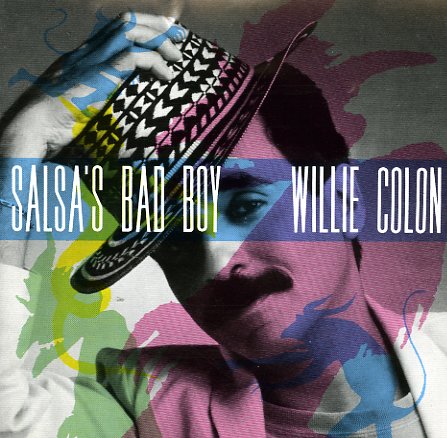 A killer collection of work from Willie Colon – 16 tracks from his key years at Fania Records!  © 1996-2020, Dusty Groove, Inc.
(Out of print Caliente pressing.)

Afrofilipino
Charly (UK), 1975. Used
CD...$18.99
An amazing crossover moment of the 70s Latin scene! During the 60s Joe Bataan had been experimenting with the many different mode of Latin Soul – crossing over styles in a way that not only reflected his complicated roots, but which also tried to break Latin music out of the small uptown ... CD

Mazel Tov Mis Amigos
Riverside/Idelsohn Society, 1961. Used
CD...$12.99
A nice little album – despite what might be a gimmicky concept! The set offers up Latin versions of Jewish tunes – but even that's not much of a gimmick, when you consider how important the Jewish audiences were to the growth of Latin music in the New York in the 50s and 60s. From DJs ... CD

Saoco – The Bomba & Plena Explosion In Puerto Rico 1954 to 1966
Vampi Soul (Spain), 1950s/1960s. Used 2 CDs
CD...$16.99
A treasure trove of 50s and 60s music from Puerto Rico – and a killer compilation centered around the pioneering work of percussionist Rafael Cortijo and singer Ismael Rivera! Essentially, this a blueprint for the global salsa, tropical and Latin scenes to come – and it's invigorating ... CD

Viva Arsenio – Arsenio Rodriguez & The Afro-Cubano Sound Of Now!
Bang, 1966. Used
CD...$16.99
An incredible record and very unique – cut around the same time as Arsenio's rare boogaloo album for Tico Records! Like that session, this one has a style in which Arsenio is featured in a larger group – playing with a raspy edge that really steps out in front of the fuller instruments ... CD