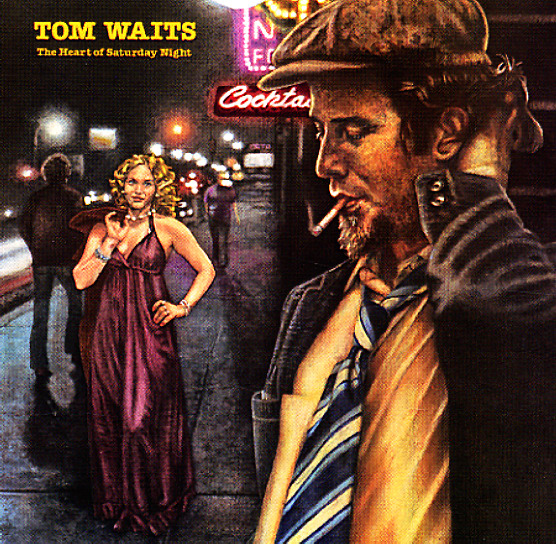 An early one from Waits – his second album – and it's a great one! Like a lot of his early oeuvre, this is a kind of like a street-savvy, hipster cabaret affair, with less of the eccentricity that would reveal itself later in his career. Still a great record though, rendered with a Bukowski-esque salt of the earth palette. Includes "Fumblin' With The Blues", "Please Call Me, Baby", "Diamonds On My Windshield", "New Coat Of Paint", "The Heart Of Saturday Night", "Drunk On The Moon", "Shiver Me Timbers", "San Diego Serenade", "Semi Suite", "Depot, Depot", and "The Ghosts Of Saturday Night (After Hours At Napoleone's Pizza House)".  © 1996-2021, Dusty Groove, Inc.

Dreamin Wild
Light In The Attic, 1979. Used
CD...$16.99
Fuzzy and genuinely well-crafted private press grooves from the Emerson brothers – with crazy good hooks, some surprisingly solid musicianship – and songs that range from straight-up catchy, though fuzz-drenched rock, to funk and soul! Donnie Emerson is the lead singer, guitarist and ... CD

Crime Of The Century
A&M, 1974. Used
CD...$4.99 (LP...$19.99)
Pure mainstream 70s pop genius, the most fully-formed of all early Supertramp albums – and a record that's filled with a surprising amount of great Fender Rhodes moments too! The set's a masterpiece from start to finish – filled with themes of loss and loneliness, but served up by the ... CD