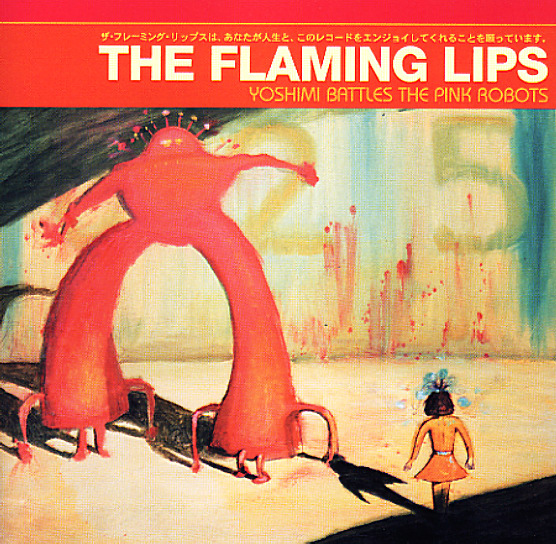 The definitive classic of the post-millennium Flaming Lips! Weird and bubbly and soul-searchingly introspective at the the same time, metaphorically at least – there's only so much navel gazing that can happen on an album with a young girl vs giant robots motif – this one to another step in their newfound love of more layered sounds and electronics that came out so strong on the critically and fan-beloved, but at the time commercially overlooked The Soft Bulletin, with songs that manage to some of their oddest and catchiest at the same time. Includes "Fight Test", "One More Robot/Sympathy 3000-21", "Yoshimi Battles The Pink Robots" (Pts 1 & 2), "Egotripping At The Gates Of Hell", "Are You A Hypnotist??", "Do You Realize??", "All We Have Is Now" and more.  © 1996-2021, Dusty Groove, Inc.