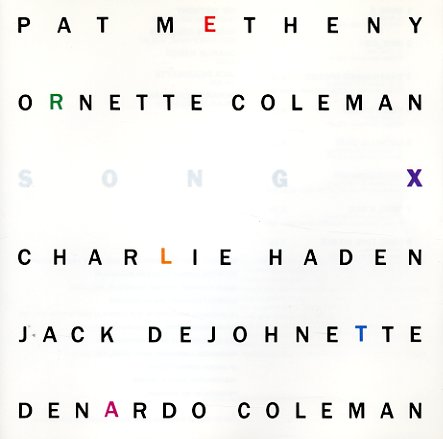 At the height of his success, Pat tries to prove to the world that he's still got cred – and hooks up with Ornette, Charlie Haden, and Denardo Coleman for a little bit of harmelodic jamming. Thing is, we actually liked the slick stuff better! Titles include "Mob Job", "Video Games", "Song X Duo", and "Long Time No See".  © 1996-2021, Dusty Groove, Inc.

Second Movement (Label M pressing)
Atlantic/Label M, 1971. Used
CD...$6.99
A massive batch of funky soul jazz – the Second Movement (to the first album Swiss Movement) of the collaboration of Eddie Harris and Les McCann! The vibe here is even freer, and hipper, than on the first set – with a host of long tracks that have Les really working the Fender Rhodes ... CD