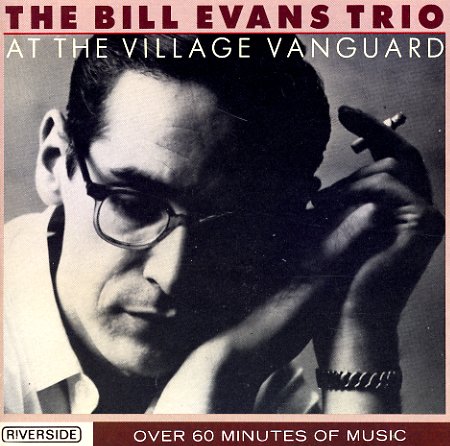 At The Village Vanguard

One of Bill Evans' landmark sessions with the young bassist Scott LaFaro – a player who made key contributions on every record he touched, then left this earth far too soon in his career! The live session's a perfect demonstration of the way that the Evans trio format not only re-worked the use of the piano in jazz, but also the bass and drums as well – as LaFaro's deeply evocative playing is paired with the equally fresh drum work of Paul Motian – heard here at his youthful early best, before some of his contributions to jazz had become cliche in the hands of other players. Pulled from the afternoon and evening sessions caught live at the Village Vanguard on June 25, 1961 – and titles include longish takes on "Solar", "Jade Visions", and "Gloria's Step".  © 1996-2021, Dusty Groove, Inc.

Dreams & Explorations
Riverside/OJC, 1964. Used
CD...$24.99 (LP...$24.99)
Easily one of the most modern recordings made by pianist Don Friedman in his early years – a set of forward-thinking numbers done with a quartet that includes guitar Atilla Zoller! As with Zoller's own work from the time, there's a freewheeling approach here that slides effortlessly between ... CD

Top & Bottom Brass
Riverside/OJC, 1960. Used
CD...$11.99
Clark Terry's breezy trumpet is paired with Don Butterfield's tuba for a real "top and bottom" session of brassy jazz. The two of them are backed by a sharp rhythm section that includes Jimmy Jones on piano, Sam Jones on bass, and Art Taylor on drums. The set's got a lot of nice ... CD

Uptown
Riverside, 1960. Used
CD...$12.99
A pretty great trio date from Billy Taylor – and somewhat overlooked, too! The group features Henry Grimes on bass and Ray Mosca on drums – and the set captures Billy in a perfect spot between his early work for Prestige, and some of his 60s mainstream material – heard here in a ... CD