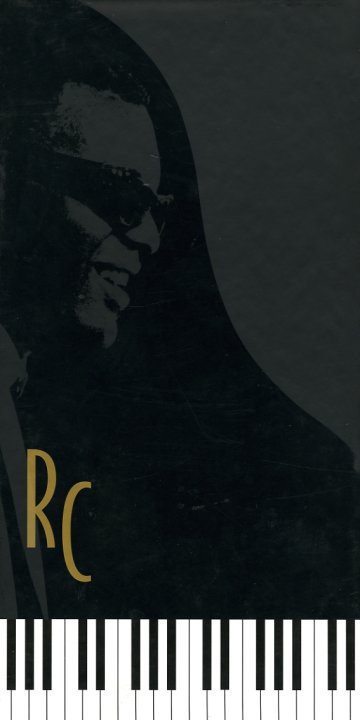 (Out of print. Includes booklet & box, but outside cover has small sticker residue and corner wear.)

Ray Charles Forever (CD/DVD set)
Concord, Late 50s/1960s/1970s/1980s/1990s/Early 2000s. Used CD & DVD
CD...$2.99
A special assortment of Ray Charles material – pulled from his classic recordings for the Tangerine label, and including one previously unreleased track – and a bonus DVD as well! The occasion for the album is the issue of the USPS Ray Charles stamp – but the set more than stands ... CD

Birth Of Soul – The Complete Atlantic Rhythm & Blues Recordings 1952 to 1959 (3 CD box set)
Atlantic/Rhino, 1950s. Used 3 CDs
CD...$14.99
You know, over the years, you get exposed to so many cliches about Ray Charles that it's easy to forget how great he is – but you won't after hearing this set! This totally essential box pushes way past any other collection to pull together the raw early R&B sides by Ray – much ... CD

Genius + Soul = Jazz/My Kind Of Jazz
Impulse, 1960. Used
CD...$1.99 3.99
We might argue with the mathematics in the title – or at least joke that Ray was using equations as titles years before Anthony Braxton – but you can't contest the fact that this one's a classic treat, and a legendary attempt to class up Ray's bluesy style for the masses. Quincy Jones ... CD