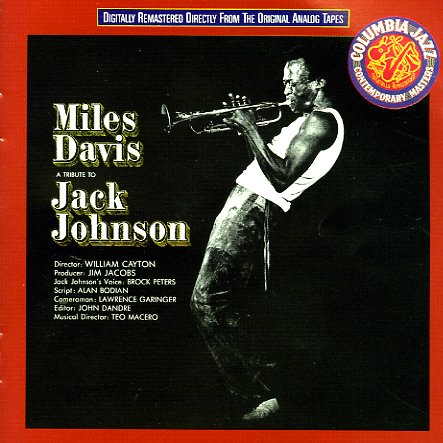 A masterful tribute from one bad cat to another – and easily one of Miles Davis' greatest electric albums ever! The album's got a powerful, epic sort of feel – a renewed focus after the looser style of Bitches Brew, and the 70s live albums – and one that mixes a deeper funky sound with the raw, exploratory style Davis had let loose a few years before. Michael Henderson's bass is a big part of the power of the record, and John McLaughlin's guitar has never sounded better, or sharper. Teo Macero made the whole thing magic in the studio, and titles include two sidelong funkdafied jams – "Right Off" and "Yesternow".  © 1996-2021, Dusty Groove, Inc.
(Out of print, Columbia Jazz Contemporary Masters pressing.)