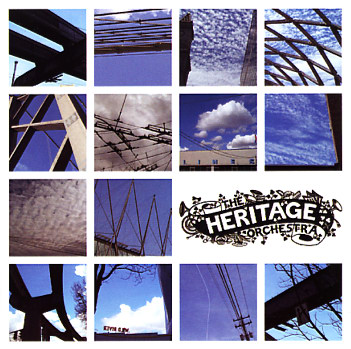 A crowning achievement for the London scene – the CD debut of The Heritage Orchestra, easily one of the most far-reaching and ambitious groups to come out of the UK in years! As you'd guess from their name, the group mix together a larger instrumental approach with some tighter, more contemporary modes – fusing a large string section with jazz-based solo work on keyboards, saxes, trumpets, and a bit of vocals. Chris Bowden guests on 2 tracks on the record, and the feel here reminds us a lot of Bowden's classic Time Capsule album from a decade back – but with a depth that goes far beyond that record, and an emotional maturity that's really amazing! Given the scope of imagination here, it's no surprise that the group are one of the first to appear on Gilles Peterson's new Brownswood label – and given the quality of the record, they more than live up to Gilles' recommendation! Titles include versions of Bowden's "Mothers & Daughters Now Mothers" and "Ballad For Strings" – plus "Tell Me Stories", "D'Lin", "Sky Breaks", and "The 1890 Affair".  © 1996-2022, Dusty Groove, Inc.